Most of my wildlife highlights from 2018 , a retrospective I started in 2008, were closer to home, rather than far away. It was a challenge from Cornell Lab of Ornithology that encouraged me to pay closer attention to the birds that visit my yard.  The challenge was to enter an eBird checklist every day.  This discipline not only gave me an opportunity to appreciate the diversity of bird habitat in my yard, especially during the winter, but to pay closer attention to bird behavior.

I was delighted when Cedar Waxwings began visiting my small pond’s bubbler. While they first arrived Christmas Day 2017 with American Robins, they lingered through January 10.

A Red-breasted Nuthatch was a new yard bird – and visited my suet feeder several times a day for a couple of months. 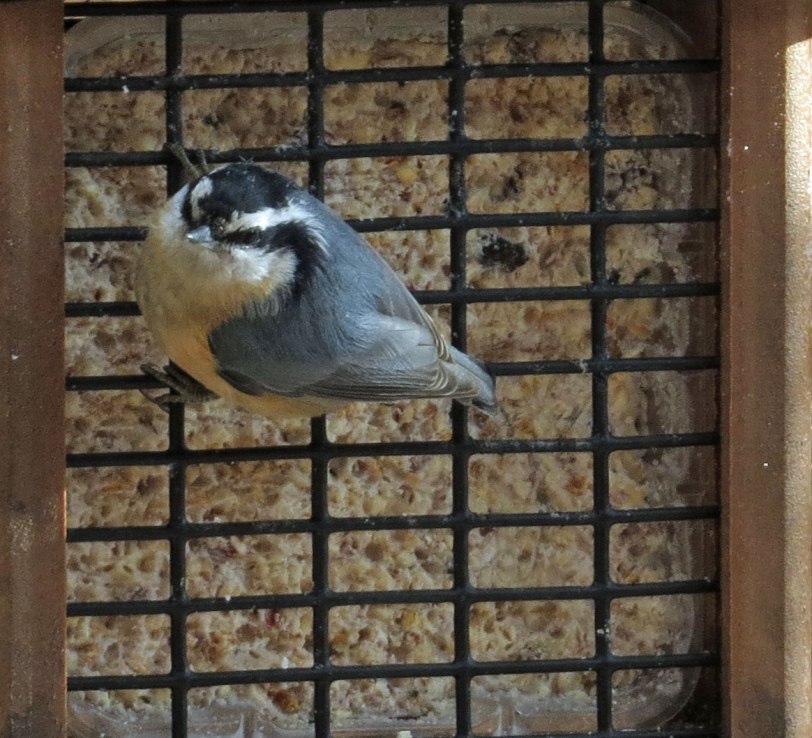 A Lincoln’s Sparrow arrived ten days later and visited every day until April 5 until it left for its high elevation breeding grounds.

In April, a pair of Osprey began building a nest on a double-wide power pole near the North Fourth Diversion Channel.

however, the persistent pair kept rebuilding. 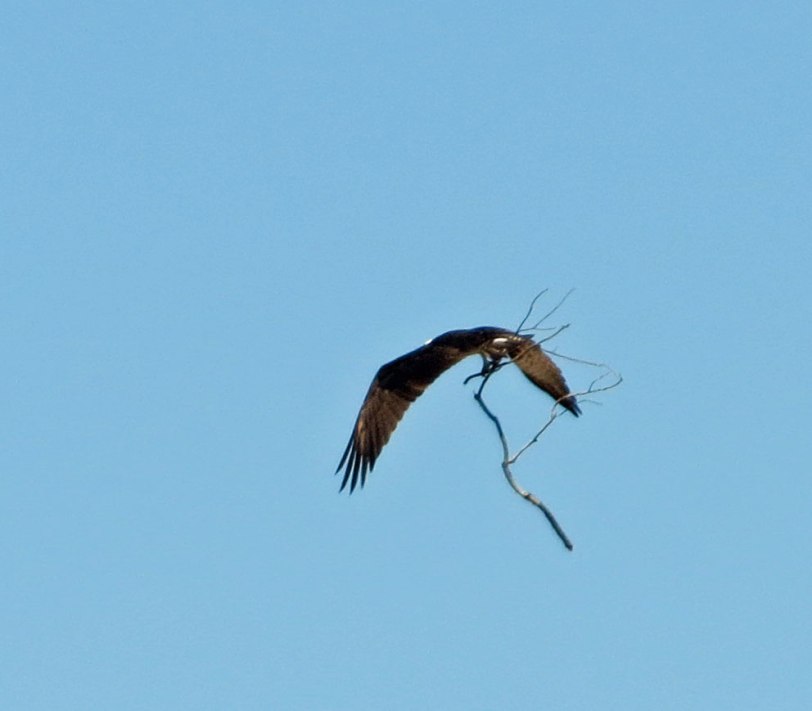 In early May they solved the wind dilemma by having the female sit on the sticks almost continuously until the male had brought enough sticks for a viable nest.

While they nested late, they successfully raised three youngsters – who finally fledged in mid-August.

One of the highlights of the year for me was a trip to Cape May, NJ to see migrating Red Knots

that fatten up on the eggs

before continuing their journey to the Arctic to nest.

During the two days I spent touring local birding hotspots with Pete Dunne, I was able to observe several new ‘life birds’, including White-rumped Sandpiper,

as well as several warblers. On my own, I was able to locate and observe a Barred Owl, a bird that had eluded me for so long.

In late June, I drove up to Colorado to visit my long-time friend Sue. We spent one day in Rocky Mountain National Park – my first visit. We hiked out along the Medicine Bow trail at 10,000 feet and were able to finally see a White-tailed Ptarmigan as it stretched while incubating.

While doing the weekly bird census at the Rio Grande Nature State Park in November, our crew was able to spot an American Bittern, often elusive, in the reeds in the small northwest pond. 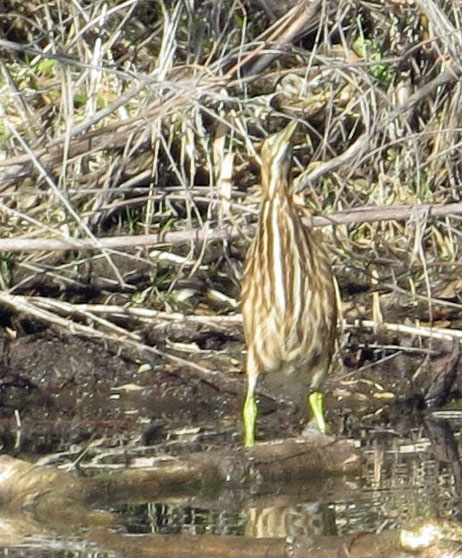 I ended the year appreciating more yard birds. A Downy Woodpecker appeared at the end of October and has continued to visit my suet feeder regularly.

And, at year end, I played hostess to a juvenile Harris’s Sparrow that chose my yard from November 19 to December 29.

It was a delightful year of wildlife sightings!